This past weekend was an epic one, and certainly one for the record books. Which is why I was inspired to write this recap post. Read below the weekend recap November 5-8.

Like most DJs, my work week begins on Thursday, then we’re full fledged in work mode for the rest of the weekend. It’s not rare for me to have a busy weekend, but what was extraordinarily great about this weekend is the people that I got to spend it with, along with the gigs that I played at.

Thursday 11/5:
Thursday I was at my usual spot, The Summit Windsor. Now this isn’t your typical nightclub or bar, it’s a bowling alley with arcade games and a 21 and up only room — where there are more ‘grown-up’ things to do. Not only do they treat me well here, like feeding me and letting me get some work done before my set, but it’s great to be able to play at a spot where it’s family friendly. Don’t get me wrong, I definitely like playing at the 21 and up clubs where drinking is abundant, but it’s a nice change to be able to invite my friends and family out to partake in some bowling while I play music — think of it as a ‘take your friends and family to work’ night.

Friday 11/6:
Friday was a little unconventional. I was asked to play for a fundraising event, in which they were raising funds for a school. I’ve been asked to play at fundraisers a-plenty in my time, but I really liked the mission of this organization. River Song Waldorf School is a school for young kids, and getting to know them and the parents that came out definitely shed light on what they’re all about, and they are pretty amazing over there. I was scheduled to play right after a band, my job was to make them dance and then wind them down. My set was short, and they were digging the Motown, funk type of music, which I was more than Ok playing. The venue was amazing, one of the top venues in Northern Colorado, in my opinion. At the end of the day it felt good to make so many connections, but also to be part of the fundraising venture of such a great organization. 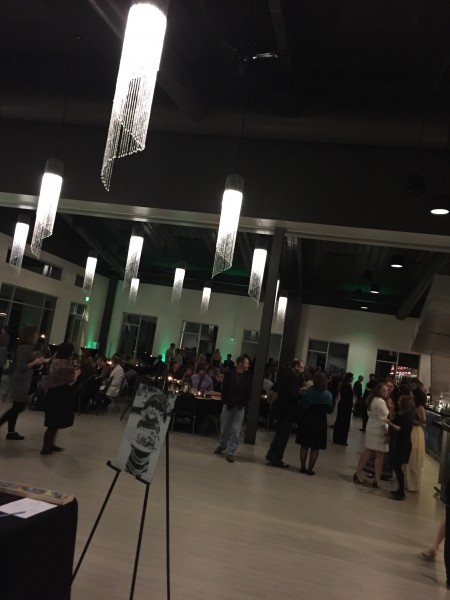 Saturday 11/7:
I’m not going to lie. I’d been looking forward to this night for about a month — ever since I was confirmed to play here. The venue was Chloe Nightclub in Denver. But what made the night extraordinary was the fact that I would be DJing with a couple of pretty awesome dudes, DJ Chonz and DJ Dizzy D. Fun fact, I’ve been listening to Chonz and Dizzy since I was 15, and I actually still have one of Dizzy’s mixtapes that I acquired about 10 years ago. Needless to say, I was really excited for this night. We get there, by ‘we’ I mean myself and my GF Valerie. We valet the car, step in and order a drink — since we were early we might as well relax a little bit before the craziness that we anticipated ensued. Dizzy plays an awesome opening set, and Chonz is on the mic hyping the patrons up, then I’m up to bat. By this time the club is getting packed. People are going crazy, dance floor is packed from start to finish, and throughout the night people, including myself, are just having the time of their lives. If you haven’t been to the Radiobum Saturday Nights at Chloe, you need to make it out, stat! I think Baby Bash is going to make an appearance in the next couple of weeks. I don’t think I’ve had that much fun playing at a new venue in such a long time. It was definitely a plus to be able to share that night with so many that are close to me. 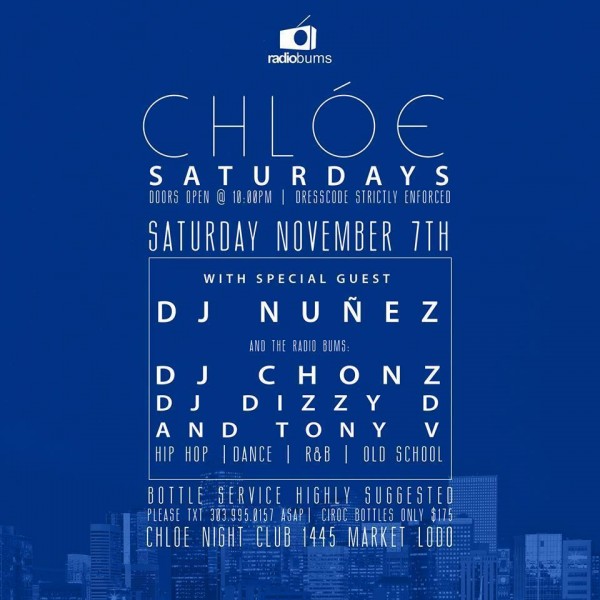 Sunday 11/8:
For this particular week, Sunday was my ‘DJ Friday’ (even though my day job duties come in to play the next day). Sunday was a laid back gig, I was booked to DJ for the Victoria’s Secrete Pink Event, Pinkmas. I had just DJed at this particular store about two weeks ago, and was called back for this big event. They had some pretty good deals, and I don’t know much about woman’s undergarments, but thanks to my GF, what I’m well aware of is the pretty price tag that comes with them. Either way, the mall closed at 6pm, and as soon as the rest of the mall closed, the Pinkmas Party was in full force! People flooded in, they shopped, we gave some freebies away, and before I knew it, 8pm rolled around and it was time to close up shop. The music I played was top 40 dance and some deep/future house remixes, my job was to keep the vibe upbeat, and give the evening a nice party feel.