DJ Khaled was on stage at EDC this past weekend and unfortunately, EDC goers did not approve.

In the midst of claiming that the sound was cutting off, and that his set was sabotaged, Khaled was booed off the EDC stage. On an Instagram post, Khaled stated,

They???? Tried to sabotage my sound so many times THEY couldnot get the sound right on my set and i still stood on stage wit no sound and when they got the sound to work they want cut my set short but I still rep for my people anyone else would walk off stage .. i knew my California and Vegas fans was in the building .. THEY???? DONT WANT US TO WIN SO WE WIN MORE FOR THERE HEAD TOP!!! It’s all luv thoe .. love is the ????.. I forgive them … love is always the answer !

From seeing friends posts on SnapChat and Instagram, it seems that a lot of fans were not happy with DJ Khaled. Some were booing and chanting “Yellow Claw” during Khaled’s set.

DJ Denco snapped this photo while at EDC: 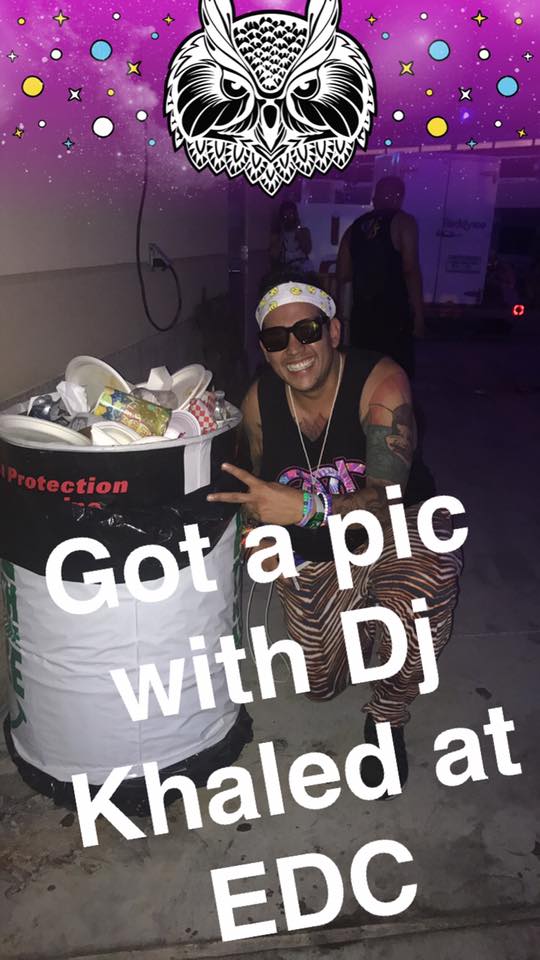 Watching Khaled’s set was painful and cringeworthy. As the video below depicts, the crowd was getting very restless and yelling “play some music” while Khaled tried to keep the audience engaged.

Throughout his time on stage, he shouted out his fans, and reminded them that his new album is dropping this Friday. It could just be that I’m skeptical, but if you ask me, I’d say this “fail” was staged. As you see in the video above, the sound guy comes on, plays a song that “disrespected” Khaled’s set, then the sound guy promptly walks off. Sound problems? Or a publicity stunt to push his new album?

Whether staged or not, the crowd was definitely not feeling DJ Khaled at EDC. The crowd was not receptive and I think they had a good reason not to be feeling him that night.